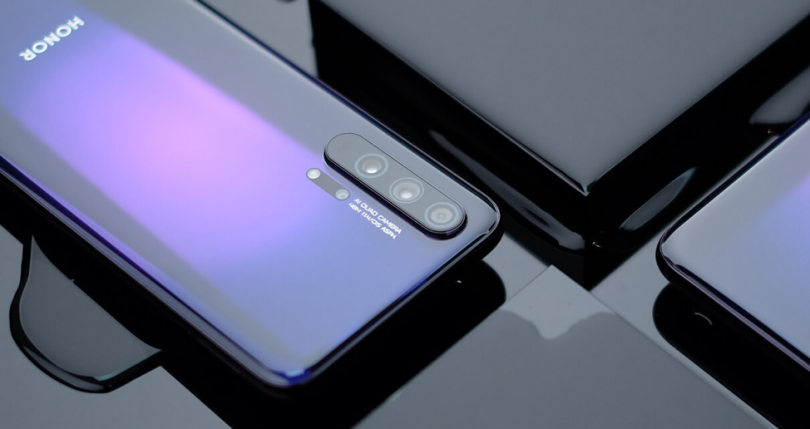 Is Huawei in trouble?

Recently, the brand was in hot waters when Google suspended its business with the parent company and canceled the Chinese tech giant’s Android license. It was expected that this very move would severely affect the sales of the second largest manufacturer in the world. The feud started when the US government added Huawei to the ‘Entity List’, which indicates that no US companies can do business with the Chinese telecom without ‘explicit approval’ from the US government but the fight has since been settled, to some extent. Google will support all new Huawei phones as well as older ones too.

The Honor 20 Pro received massive appreciation for its 48MP quad-camera setup, and it can be seen that Honor is also following the steps of its parent company by integrating amazing features in the phones. All the Huawei phones 2019 has created a stir in the market and Honor 20 Pro has also received great reviews, after the unveiling.

The smartphone comes with the world’s first dynamic holographic design at the back, along with the latest photography as well as video technology with the industry’s largest f/1.4 wide aperture. It is not an affordable cousin to the Huawei P30 range, but rather a powerful and impressively specced, smartphone.

The phone has an 8GB RAM and 256GB storage. For a smartphone that comes with an impressive set of specs and great camera capabilities, the Honor 20 Pro Price in Pakistan is rather lower than you expect. The Honor 20 Pro isn’t quite plus-sized but it’s still large – with a body of roughly 154mm x 74mm x 9mm.

Equipped with an impressive 91.6% screen to body ratio, there is still enough bezel to house a speaker and notification light at the top. The power button and fingerprint sensor are on the right side of the handset. It comes with the top-of-line hardware, with an IPS LCD Display supporting a screen resolution of 1080 x 2340 pixels. The phone comes fitted with a 7nm Kirin 980 chipset under the hood.

The Honor 20 Pro powered by a 4,000mAh battery, also supports the 22.5W fast charging. There is glass on both the front and the backside with the aluminum frame sandwiched in between. It boasts an Android 9.0 Pie with the Magic UI 2.1 on top. The quad-camera setup is provided at the back – with a prominent bulge hence the phone won’t sit flat on a surface.

The smartphone will be available in two colors; a purple shade and a green one, both of which are Triple 3D Mesh and the curved glass is there to create a bright, reflective pattern on the back. For both these colors, the Honor 20 Pro Price in Pakistan is going to be the same. The company has given a very refined design to this smartphone than the Honor View 20 that comes with a little on the garish side, however, Honor 20 Pro is more eye-catching.

There isn’t any notch intruding on the Honor 20 Pro’s screen, instead, the brand has decided to for a punch-hole camera that means it is cut out of the display. Honor View 20 and Samsung Galaxy S10 have similar arrangements, however, Honor claims that it is the smallest punch-hole camera on the market. The display of the phone is somewhat compromising, as it can be considered as a downgrade when compared to other competing devices. The LCD full HD+ tech screen isn’t as good as the OLED of the other Huawei P30 phones, hence it won’t display colors quite as well, although the brightness range of the phone is commendable.

The Honor 20 Pro Price in Pakistan is going to be around Rs. 95,000. The company has confirmed taking pre-orders from the 5th of August while the handset will be available in the stores after Eid-ul-Adha. Save the date for the most awaited launch of the smartphone and check priceoye.pk to find the best prices for Honor 20 Pro.