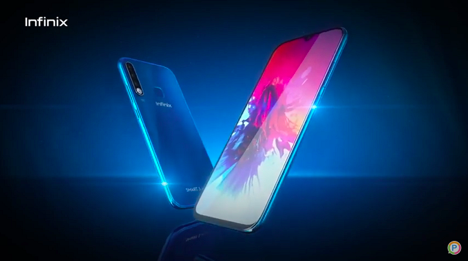 All Hail to the newly launched Infinix Hot 8 that is the new stellar edition to the Infinix Series. Currently, there are three series of Infinix i.e. Hot series, Note series, and the S series. These three series have some great fan following that you can see all over the internet, as well as in terms of sale. Moreover, now Infinix has worked on also bringing these phones in the market, as soon as possible. After all, jo dikh’ta hai wo bikh’ta hai mere dost!

The Infinix Hot 8 that comes with a 6.52-inch screen and an amazing resolution of 720 x 1600 pixels has a price tag of Rs. 22,000. Having said that, there are a lot of phones that come in the same price range, in fact, you can see a launch almost every day of the smartphones that also carry the same price range. But don’t let this confuse you regarding what mobile you should buy. We’re here to help you out with that! You could see a lot of other variants of Infinix only that are the competitors of Infinix Hot 8 like Infinix S4 and then there are others like Realme C2 and Realme 3, also giving the Hot 8 a tough time. So let’s see what Infinix Hot 8 has done differently to be ahead of its other competitors.

The phone features a waterdrop notch that has a 6.52 screen dimension and an HD resolution. It has a 269 PPI pixel density. The phone has been made to provide its users with an amazing display, however you get an LCD display, which isn’t bad looking at the price tag of the smartphone. The Infinix Hot 8 is all about providing an amazing viewing experience to its users, with a bezel-less finish and an aspect ratio of 20:9.

You get an XOS 5.0 that is featured on the Android 9 Pie. Moreover, the phone is packed with an octa-core processor that keeps your phone running faster at the 2GHz frequency. MediaTek Helio P25 chipset is installed in the phone, unlike any of the other smartphones that lie in the same price range. In fact, even if you compare the Infinix Hot 8 vs. Infinix S4 you would see a big difference in the chipsets, along with camera and RAM as well. The other phones either have Helio P2 or chipsets that aren’t that powerful as compared to this one. Helio P25 is the improved version of the Helio P20 that helps to make the phone faster and also increases the battery life of the smartphone.

Moreover, if you are a gamer then this phone is just a godsend for you. It features PowerVR GE8320 GPU, 4GB RAM, and 64GB ROM, which makes the smartphone to work very smoothly even when you are playing games. You can also multitask without the phone lagging and without you having to regret spending your money on it, each time.

There wouldn’t be anyone out there who could dare to buy a phone with a trashy camera. I mean, what would even be the point of the phone, if you just couldn’t capture some lit selfies, after all. The Infinix Hot 8 comes with a dual 16MP main camera and a 2MP depth sensor camera, which is a great deal. You get a selfie camera of 8MP, enabling you to capture selfies like a pro! The picture quality of the phone is good, we can’t say it is something out of this world, but then you also don’t get to pay an amount that can be considered out of this world, right?

If you are someone who has tons and tons of data that can’t be stored in a small storage phone, then this phone is a gem for you. The Infinix Hot 8 comes with extendable storage of 256GB, which is a lot! There is no way you can take this amount of storage for granted. Moreover, you get a Micro USB 2.0 and there is also a headphone jack, which comes in handy for all of us who haven’t purchased Airpods or even earbuds as of yet.

And did we tell you that one of the pros of this phone also includes a sufficient battery life? Yes, my friend, this phone provides for a good battery life and with an adequate amount of usage, your battery wouldn’t give up on you.

So Why Buy this Phone?

Well, the phone is a great device to have in the price tag that it carries. It was launched very recently on 9th September and it is way ahead of any of its competitors that fall under the same price range. There have been some exceptionally good marketing initiatives done to promote the Infinix Hot 8 and even without it too, Infinix has a good market demand in Pakistan, overall.

The chipset that features in the phone makes the mobile stand out from the crowd. You wouldn’t find this chipset in any of the other variants. Additionally, the price of the phone is Rs. 22,000 however, during flash sales you can get this phone even for as low as Rs. 20,000 and let me tell you that it is a steal at that price! The Infinix Hot 8 is definitely providing value for your money because honestly, you should always go with phones that provide more for what you have paid for.

It isn’t a smart decision where you go for a high-end phone that doesn’t give you anything extra or don’t even make up for the cost that you have paid. Buying Infinix Hot 8 will give you some amazing features to play with and a tough smartphone.

However, if you don’t want to settle down on this one yet and want to browse your options more then you can find a lot of other great smartphones on PriceOye that come under the same price umbrella.