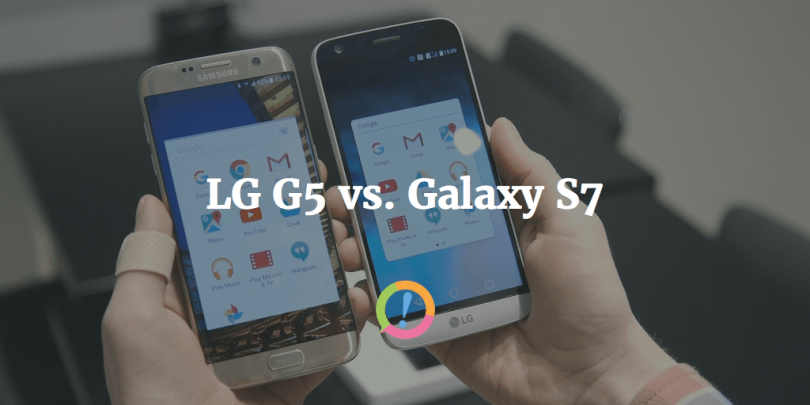 The world loves to make comparisons and so do we. Comparisons are what help us in making a choice. A choice that represents more value and less negatives for us. Whenever you’ll find yourself on the lookout for something new, you’ll surely compare the best with the best so that you’ll end up making a choice that suits you more. We here at PriceOye will help you do just that.

Looking down at 2016, one can simply say that it has seen some of the greatest smartphone releases ever. Particularly for Samsung and LG, these two companies have rediscovered their best form. Samsung has made numerous new additions to its already growing arsenal of smartphones while LG is slowly and steadily once again making its presence felt. We’re here to examine one of their finest 2016 releases; ladies and gentlemen, prepare for a titanic showdown between the LG G5 and the Samsung Galaxy S7.

Both of these smartphones are less than 8mm thick which is quite amazing considering what is stuffed inside them. We’ll first examine the Galaxy S7’s exterior.

Just like its predecessor, Galaxy S6, this newbie is constructed nearly on the same lines. The smartphone features glass panels on its front and back separated by a metallic frame. The back glass panel features Corning Gorilla Glass 4 protection which feels relaxing to touch. The S7 is 7.9mm thick which is a full 1mm thicker compared to the S6. This is because of the water and dust-proof prowess added to it. The S6 was devoid of that. 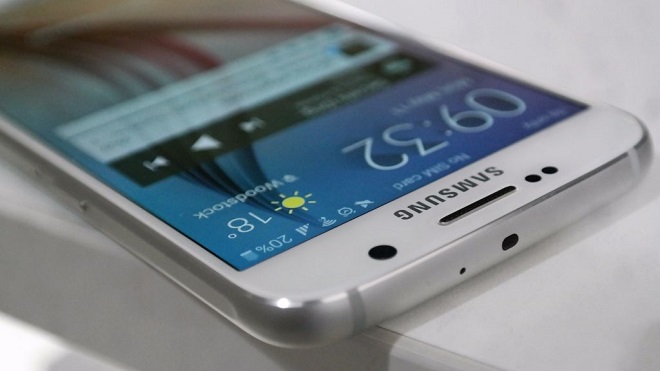 The LG G5 on the other hand features a plastic plus metal back. LG officials claimed that the back comprises of metal but after some testing, it was discovered that the back has two layers of material on it. While the back is indeed metal, it is coated above by a layer of plastic. We don’t know as to why the G5 is designed this way but it surely feels good to hold. Its thickness stands at 7.7mm which is slimmer than the S7 but it comes at a cost; no dust or waterproof technology to be found here. 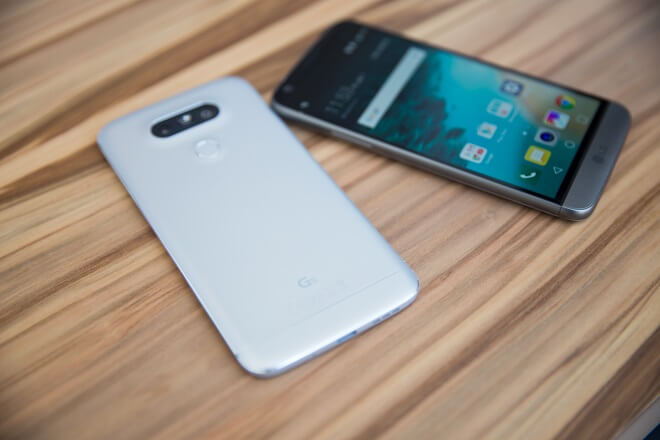 Now that you’ve taken a look at the stats, we’d like to give our take on the two smartphones. The S7 definitely features better build quality because of its glass panels. Furthermore, it also features IP68 certified dust and waterproof technology which the G5, despite its sumptuous looks and good build quality material, doesn’t.

Both of the smartphones offer some of the very best displays in the business. The Galaxy S7 has a 5.1 inch Super AMOLED capacitive touchscreen with 577ppi pixel density. Such amount of pixel density is extremely rare and unsurprisingly, it offers a delicious 1440p HD resolution as well. Its display, with Corning Gorilla Glass 4 protection, is known to produce some of the very best performances even in the brightest of lighting conditions. It also makes use of the “always on” display which allows you to peek at your notifications without having to wake your display manually. 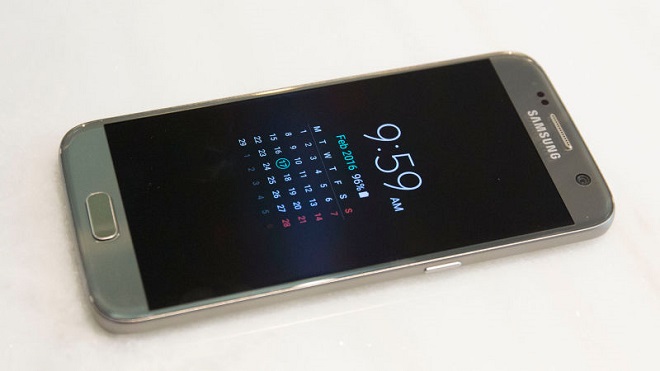 The LG G5 makes use of a 5.3 inch QHD IPS LCD capacitive touchscreen with 554ppi pixel density. QHD displays are one of a new breed of smartphone displays which have proven themselves to produce outstanding results. It offers a stunning 1440p HD resolution protected by the reliable Corning Gorilla Glass 4. It also employs the use of “Always On” technology and you can also double-tap on the screen to wake it up instead of making use of the power button. 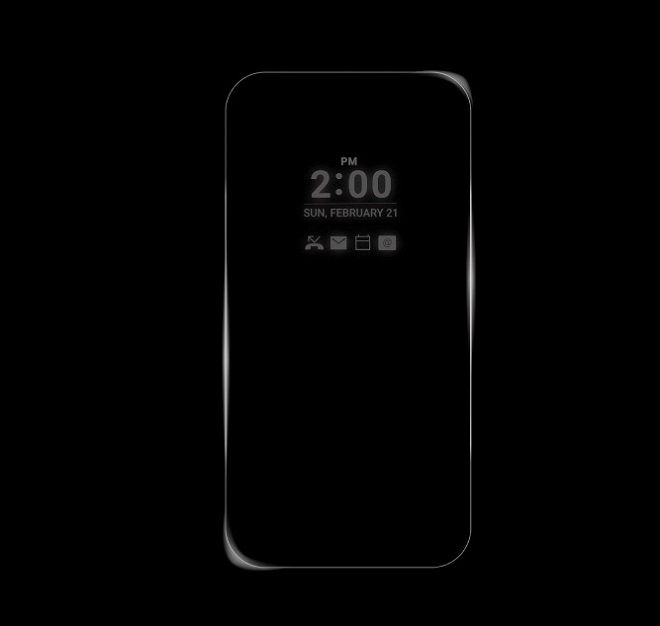 When it comes to QHD and Super AMOLED capacitive touchscreens, there isn’t really that big of a difference between the two. Though they employ different technologies, both the displays provide extremely shiny, illuminating, clear and crisp graphics that are known to perform superbly in the most sunniest of days.

We’ll talk about the LG G5’s cameras first. It features a dual 16 megapixel plus 8 megapixel primary sensors while the selfie camera contains an 8 megapixel sensor. The primary camera sensors are complimented by 3-axis optical image stabilization, laser auto-focus, touch focus and face detection. The LG G5 allows you to choose between the two sensors while by default, it seamlessly switches between the two to take excellent imagery and shoot crisp videos. It is known to perform very well in low-light as well. 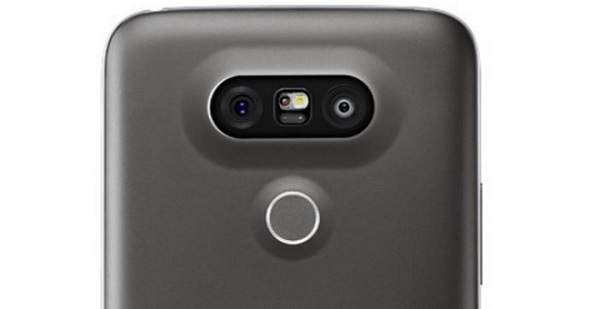 The Samsung Galaxy S7 works with a 12 dual pixel primary camera whereas the secondary camera shelters a 5 megapixel sensor. The primary camera is aided through phase detection auto-focus technology as well as optical image stabilization. Touch focus, face detection and the ability to record 4K videos are its other attractions. It is known to produce the very best of results in the most adverse of lighting conditions making it worthy of an A grade from us. 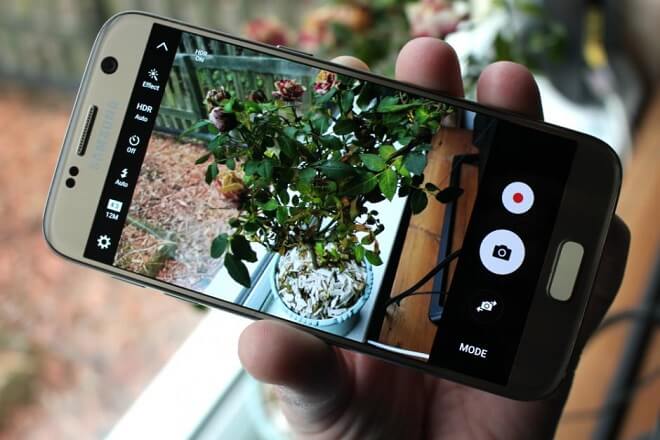 When it comes to what the benchmarks test had to say regarding the cameras of these two flagships, the S7’s primary camera slightly edged out the G5’s. The slight advantage came because of S7’s ability to shoot better in low to no light. Other than that, both perform extremely well while the laser auto-focus in the G5 and the dual-pixel technology in the S7 are their crowning camera features.

The Galaxy S7 features an Octa-Core processor with 4GB of supportive RAM. The exact clock speeds and internal memory depend on its variant. Rest assured, the 4GB of RAM and the 32GB internal memory base model are two joyous constants. It also supports a rapid fingerprint sensor, Fast Charge technology and a large 3000 mAh non-removable battery.

The LG G5 on the other hand features a Quad-Core processor with 4GB of RAM. It only comes in a 32GB base model but holds the option for an external memory card. It also supports a reactive fingerprint sensor, Fast Charge 3.0 technology and a removable 2800 mAh battery which can be accessed by removing the bottom bezel. 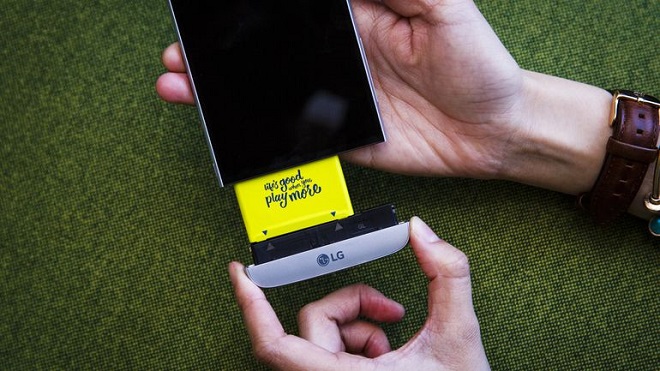 The S7 edges out the G5 in this category with some authority as the major differences between the two are the Octa-Core processors and more internal storage variants. Both provide lag-free user experience but the S7 finds itself a step ahead from the G5 when it comes to processing. Though, the G5’s modular feature is an intelligent part of this smartphone as not only it allows you to remove a degraded battery but it can also connect with other devices.

It’s somewhat clear isn’t it? The Galaxy S7 is the better smartphone of the two but make no mistake about it; it only edged out the LG G5 by the finest of margins. We’re 100% sure that both the smartphones are fully capable of toppling the very best in the business but in this particular case, the Galaxy S7 comes out on top.

What do you think?