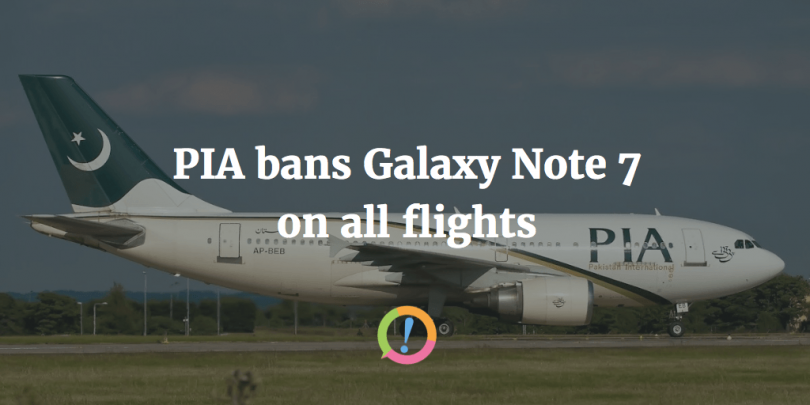 Galaxy Note 7 devices are not allowed in flight. Airliner recommends you avoid carrying the device in the first place.

A week ago, we discussed why you should not buy the Galaxy Note 7. If you’ve been following the news, you’ll know it is because of a case of exploding batteries.

Yes, the battery in the Galaxy Note 7 is susceptible to exploding while it is charging. To ensure safety of all its customers, Samsung announced they would be issuing a global recall to fix all the Note 7 units they’ve sold so far. In other countries, like Pakistan, they’ve delayed the launch to an unspecified date.

It has been an embarrassing story for Samsung. We recently even heard news of a family’s Jeep SUV being destroyed in a fire after a Galaxy Note 7 exploded mid-charge. This news was followed by airlines like Emirates and Etihad announcing they were banning use of Galaxy Note 7 devices on-board.

Today, Pakistan International Airlines (PIA) has announced the same. Galaxy Note 7 devices will NOT be allowed on its flights until further notice.

Here’s the statement they released online, as shared by Dawn.com:

“In view of recent reports about Samsung Galaxy Note 7 devices, and the international warnings to airline passengers not to carry this smartphone during flights, PIA passengers are also strongly advised not to carry it, not even in their check-in luggage, as it may compromise aircraft and passenger safety”

PIA has gone farther than other airlines, as they recommend not carrying the device at all even if it is shut off and kept in checked-in luggage. 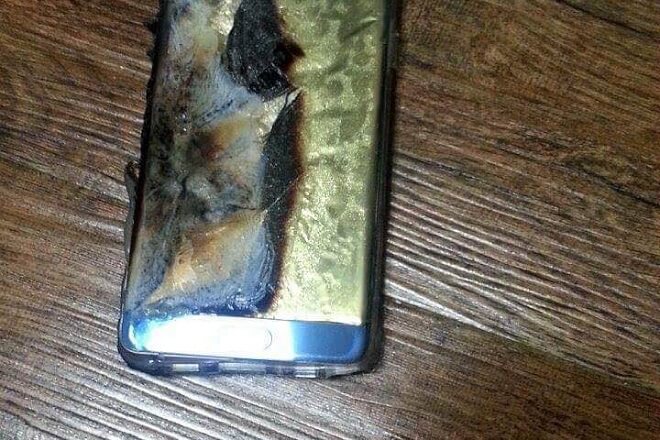 People on social media are calling this an overzealous move. Although there is low probability of a Samsung Galaxy Note 7 exploding mid-flight – considering PIA planes do not have USB charging ports, and the Note 7 isn’t even launched in Pakistan yet – but it is a safe decision. Better to be safe than sorry, right?

If you’re looking to buy a Galaxy Note device right now, you may want to take a look at the Galaxy Note 5 (Samsung skipped the Note 6).

Stay tuned to the PriceOye Blog! We’ll be keeping an eye on the Samsung Galaxy Note 7 battery issue, and update you when we can.