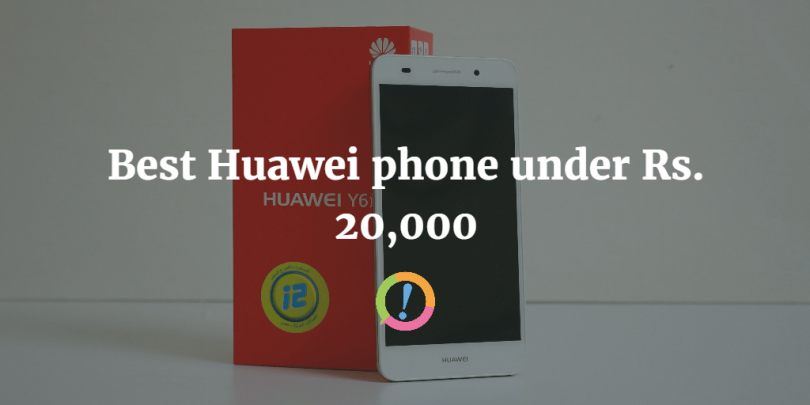 Huawei has made quite a name for itself since making its first appearance in our country. The main reason for its fame is its supreme pedigree in producing some of the best value for money smartphones in the market. In light of that, we analyzed quite a few of its smartphones in a bid to dig out the best smartphone under 20,000 rupees from the company.

After much analysis and countless comparisons, we at PriceOye have chosen Huawei Y6 II as the best Huawei smartphone under 20,000 rupees. We were quite awestruck by the amount of features the smartphone offers compared to its other counterparts while on the other hand also maintaining excellent looks. More after the jump.

The Y6 II features a partially metal design that is synonymous with many famous Huawei devices while its back panel comprises mainly out of plastic. We were quite happy to see the Y6 II featuring a decent amount of metal on its exterior and its textured plastic back panel might not be the cup of tea for most but it still looks good nevertheless. 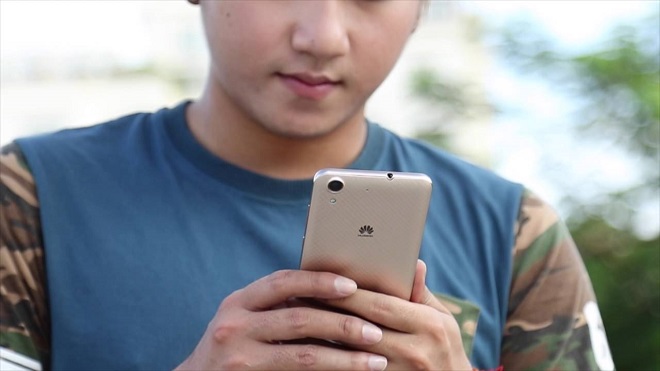 The smartphone’s dimensions stand at an 8.5mm width which, on paper, seems a tad obese while its weight banks at 168g. These quantities might seem a bit exaggerated to you but considering the smartphone’s size, they don’t really feel that big and its weight seems finely spread all over its body.

The Y6 II features a relatively good display considering its price; the smartphone features a large 5.5 inches IPS LCD capacitive touchscreen with a reasonable 294ppi pixel density. This translates into a 720p resolution which history suggests hasn’t gone down too well with 5.5 inch displays. Despite that, we’re positively optimistic about the Y6 II’s display prowess as it’s likely to produce satisfactory graphics, if not the sharpest of them all. 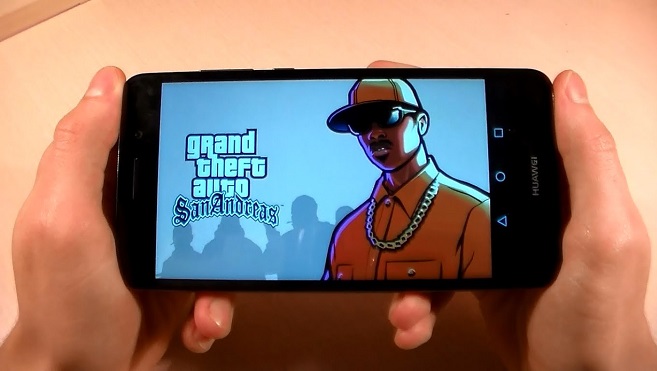 Huawei has made quite a name for itself because of its value for money releases and its cameras pedigree is also one of the major reasons for the company’s fame. The Y6 II features two finely powered cameras with the primary camera featuring a large 13 megapixel sensor and an LED flash. Its customary features include geo-tagging, touch focus, face detection, panorama and HDR. 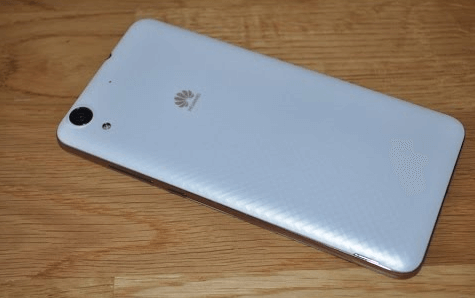 Speaking about the selfie camera, it features a gigantic 8 megapixel sensor which packs all the necessary power to produce some nifty selfie and videography. As Huawei says about the Y6 II, selfies could just haven’t been better!

The Y6 II is made to allow its users to enjoy themselves to the fullest by producing an amazing user experience. Its 1.2 GHz Octa-Core Cortex-A53 processor with an additive 2GB of RAM certainly suggests leisure of the highest order and while not being at a 100% of what is required to smoothly run the built-in Android Lollipop, we can say this with confidence that the smartphone will not be beaten for power by many devices under 20,000 rupees. 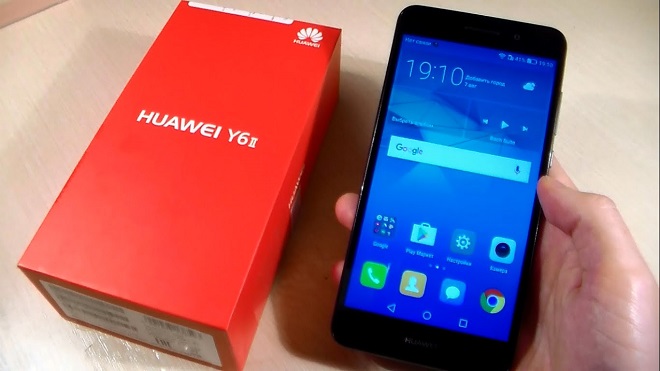 The smartphone’s internal storage stands at 16 gigs with an external memory card slot always ready for action. Unfortunately a rear-mounted fingerprint scanner is sorely missing from our best Huawei device under 20,000 rupees but considering average Pakistanis, they definitely prefer large cameras and displays over that. Apart from that, a removable 3000 mAh battery resides underneath its plastic back panel while the smartphone is marketed in a whopping 6 different color schemes that include black, white, gold, pink, blue and yellow.

If you’ve felt aggrieved about another Huawei smartphone who should’ve taken the throne of the best Huawei phone under 20,000 rupees, we completely understand your frustration. The Huawei Enjoy 5s completely merits that title as well as it’s a fine mix of some excellent features and build quality.

The smartphone features a comparatively smaller 5.0 inches IPS LCD capacitive touchscreen compared to the larger 5.5 inches display of the Y6 II. Both also feature similar pixel densities which lead to 720p resolutions that give the Y6 II an edge when it comes to the smartphone’s displays. 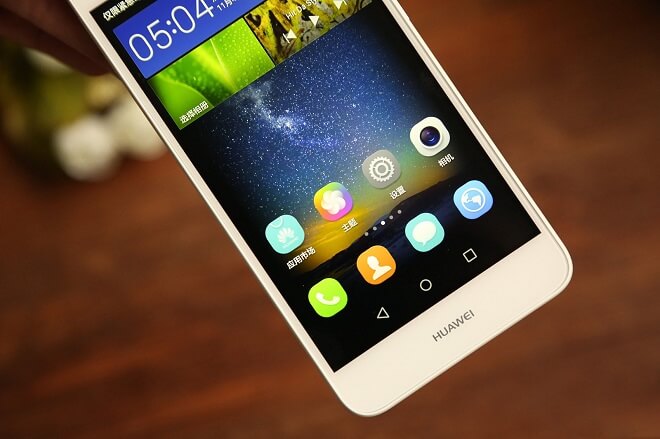 The Enjoy 5s is powered by a larger 1.5 GHz Octa-Core Cortex-A53 processor with an additional 2GB of RAM. While the amount of RAM may be the same, its faster processor does give it a slight edge over the Y6 II. When it comes to the smartphones’ cameras, the Enjoy 5s features a 100% similar 13 megapixel primary sensor to the Y6 II but it’s the latter that comprehensively wins the race of the selfie cameras as the Y6 II features a bigger sensor compared to the Enjoy 5s’s 5 megapixel sensor. 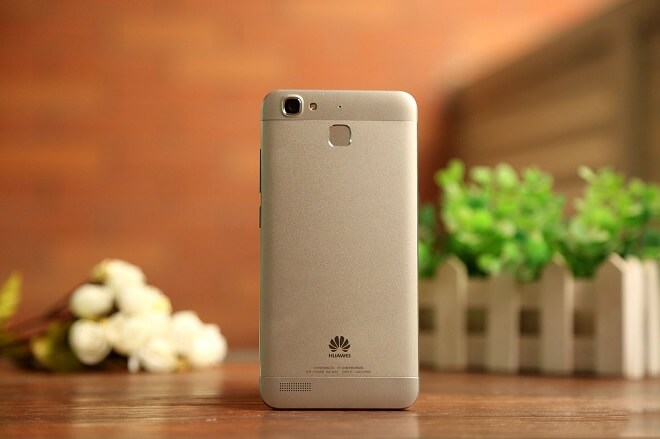 The build quality sees the Enjoy 5s gain some revenge over the Y6 II as it features an all metal body with excellent dimensions that include a 7.6mm width and 135g weight. It also features a fingerprint scanner which the Y6 II falls short of while its non-removable 2200 mAh battery is much smaller compared to the Y6 II.

After comprehensively dissecting the differences between the two contenders, we feel it necessary to enlighten our viewers about why we went for the Y6 II as the best Huawei smartphone under 20,000 rupees. The two things that tipped the scales in favor of the Y6 II are its large selfie sensor and display.

As a counter, the Enjoy 5s might feature a fingerprint scanner but when we take an average Pakistani’s usage in perspective, we personally believe that he/she will probably be more interested to have a large selfie sensor and display up their sleeve compared to a fingerprint scanner. The Y6 II also features a much larger battery compared to its counterpart which was another lightweight reason that made us favor it over the Enjoy 5s. 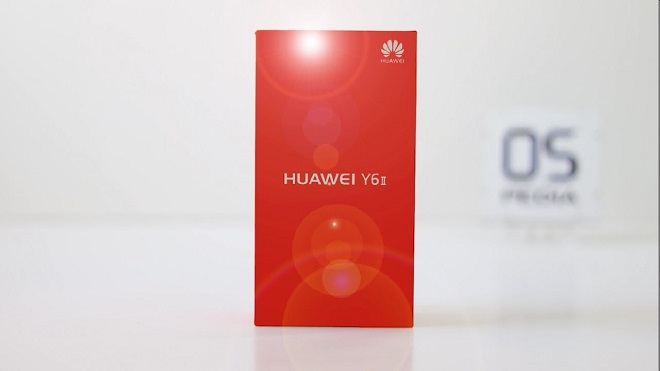 That being said, we’ll openly admit that the Enjoy 5s is the more beautiful of the two smartphones because of its 100% metallic build and its dimensions which stand at an impressive 7.6mm width and 135g weight easily outfox the Y6 II.

So in the end, both the Enjoy 5s and Y6 II can be considered as the strongest contenders for the best Huawei smartphones under 20,000 rupees. Despite us choosing the latter as the better of the two, we do consider the former to be extremely competitive and we’d completely understand if you find it better than the Y6 II.