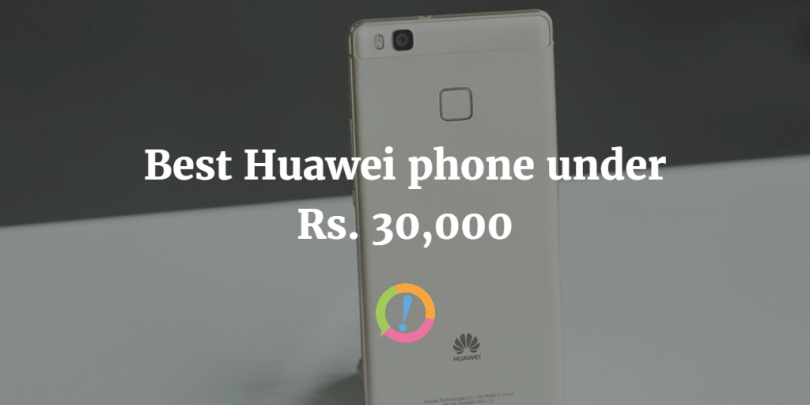 To be the best, you’ve gotta beat the best and maybe Huawei’s on their way to do that. The smartphone manufacturer has established itself as a genuine contender in the world of smartphones primarily because of one reason; the company can rightfully claim to be the first of the lot in producing premium value for money smartphones.

That brings us to analyzing its best smartphones under different price ranges. This article bounds these ranges to under 30,000 rupees which brought us with a number of challenges to select the best smartphone within this amount. Not only does the company have many eye-catching releases within this price limit, the number of features separating them are as thin as ever.

That being said, its our job to take on the headache so that you won’t have to break much sweat. So, the award for the best Huawei smartphone under 30,000 rupees goes to the Huawei P9 Lite. There’re a whole lot of reasons why we went for this baby and they’re all listed just below the jump.

The first and foremost thing that captures everyone’s attention is the ability of a smartphone to provide sumptuous features within some of the most excellent of prices. The P9 Lite upon its release in 2015, cost in excess of 40,000 rupees whereas fast forward today, the smartphone resides at a comforting price of just below 25,000 rupees with a customary 1 year warranty. That’s all about the price; do the smartphone’s features merits its price tag?

The P9 Lite houses a customary Huawei semi-flagship design which is synonymous in many of its smartphones. A Lite-er version of the larger and more powerful Huawei P9, the smartphone inherits its elegant design and also its metallic build. Undoubtedly gorgeous to look at, the smartphone’s dimensions merit a shout-out as the device features a slender 7.5mm width while weighing in at a featherweight 147g; beware all those Victoria’s Secret models out there! 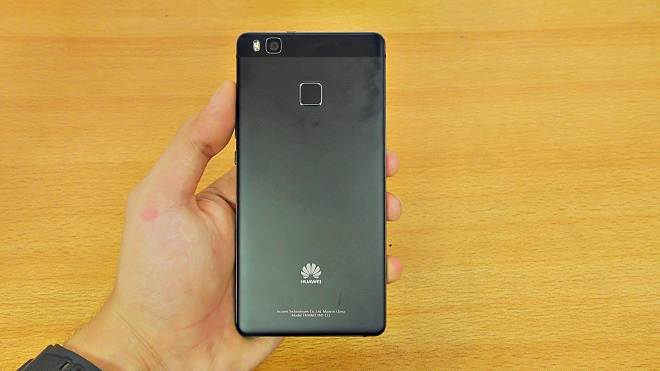 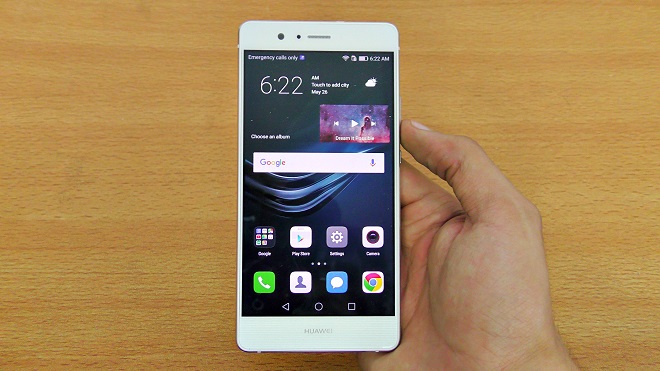 Huawei’s prowess when it comes to smartphone cameras is very well known. Apart from being the largest user of dual primary cameras, the company has an unusual knack of stuffing immense power in most of their device’s cameras; fortunately, the P9 Lite is no different. 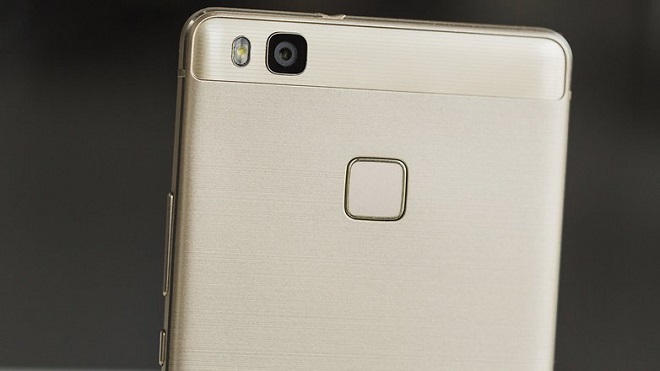 This beast is powered by an Octa-Core hybrid Cortex-A53 processor with an additional 2/3GB of RAM. If you’ll get your hands on the 3GB RAM variant, you’ll strike gold. Otherwise, the 2GB RAM variant isn’t a slouch either and both of them are fully equipped to run the built-in Android Marshmallow. The result is a seamless EMUI 4.0 experience running atop the aforementioned Android version. 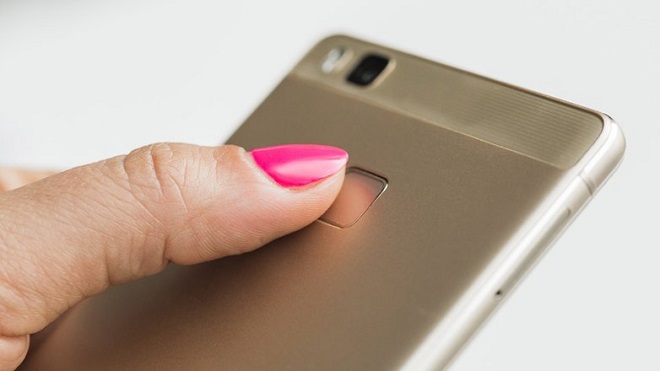 Its other noticeable features include a rear-mounted fingerprint scanner while a large non-removable 3000 mAh battery ensures fine battery life. Impressive, isn’t it?

The P9 Lite became the chosen one after much analysis and comparisons. That opened us up to many other favorable choices of which the smartphone we’re about to mention gave a stern test to our judgment while handing over the title of the best Huawei smartphone under 30,000 rupees; we’re talking about the Huawei Shot X or the Honor 7i.

The beauty of the Shot X lies not just in its powerful processing and looks but also in its unique identity, the rotating camera and flash. Before that, we’ll enlighten you about all the other weapons in its arsenal; the smartphone features a similar metal build to the P9 but it features a unibody design. Its fingerprint scanner is side-mounted which is another unique characteristic of this smartphone and its dimensions are pretty neat too with a 7.8mm width and 160g weight. 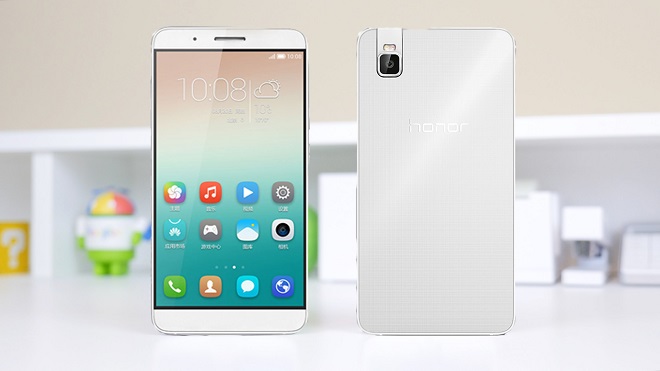 The smartphone is powered by a hybrid Octa-Core Cortex processor, just like the P9 Lite with an additional 2/3GB of variant dependent RAM. The 16GB internal storage version contains 2 gigs of RAM while the more heavyweight variant stands at 32GB of internal storage and 3GB of RAM. Both hold enough supplies to counter the siege of the built-in Android Lollipop leading to a smooth user experience. Its other notable features include a large 3100 mAh non-removable battery, the aforementioned side-mounted fingerprint scanner and three color schemes namely black, white and gold.

Now, time for the Shot X’s crowning feature; the smartphone features a 13 megapixel rotatable camera that can be made into a selfie or primary sensor at will. Not only does the sensor rotates so does its flash meaning you won’t only get a 13 megapixel selfie sensor but will also be able to call upon the services of its flash for your selfie needs as well. Undoubtedly the icing on the cake, this feature will probably pull your bias from the P9 Lite and we won’t blame you at all for that but we’ll advise you to use the rotatable camera with care as moving parts are always more prone to loosening up. 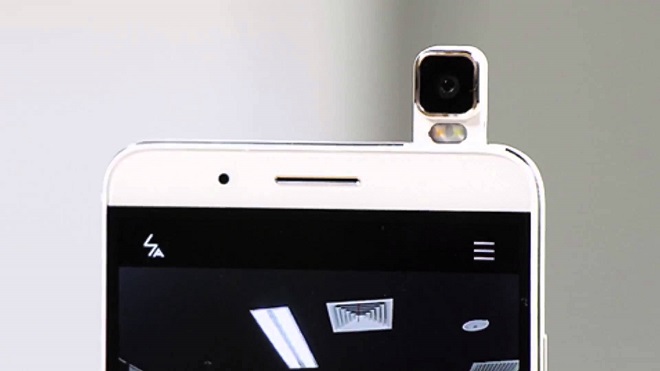 The Shot X is priced at a sober 29,000 rupees as the smartphone contains a wealth of features that justify its price tag. As Huawei officially sells smartphones in our country, you’ll also get a 1 year customary warranty.

Phew. That’s probably the first time when our bonus recommendation has given our main smartphone of choosing this much of a stern test. While the Shot X may feature a crowning 13 megapixel rotatable camera which is undoubtedly the most noticed feature among the two smartphones, the smaller price tag and the similar pedigree of features tipped our scales in favor of the P9 Lite. However, make no mistake that the Shot X is as good as (or ever better in some respects) the P9 Lite.