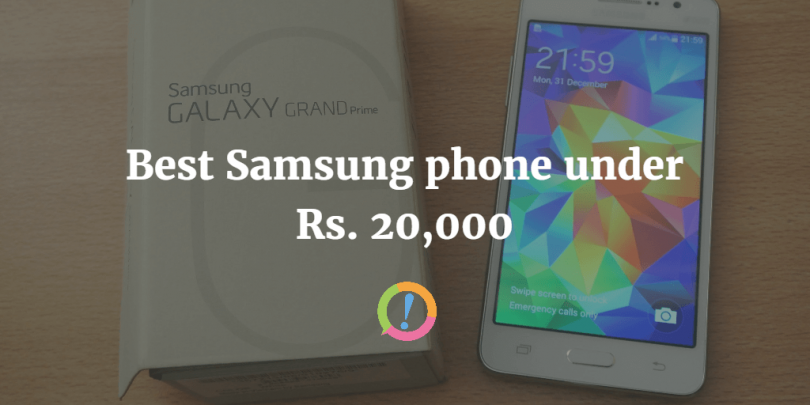 As 2017 is fast approaching, we couldn’t help but do some analysis regarding how 2016 went for Samsung. To be fair, bar the Note 7 fiasco and its subsequent retirement, 2016 was probably the best year for the South Korean giants to date as they vehemently improved their older releases with worthy successors. That brings us to compute the best budget phone Samsung shelled out as of 2016.

Honestly speaking, the budget smartphones category and Samsung have never been the best of friends particularly due to the invasion of a swarm of Chinese manufacturers. However, we do realize that the company has a huge fan-base who simply won’t budge from buying a Samsung device. For all these Pakistanis out there, if you’re looking for the best Samsung phone under 20,000 rupees, the Galaxy Grand Prime Plus is your destination.

The Grand Prime Plus is a typical Samsung smartphone with some nifty features for the price it commands. However, before embarking on our journey to disclose why we chose it as the best budget Samsung device, we’d do like to point out that it gets badly rolled over by many Xiaomi, Lenovo, Infinix etc. devices within the same price brackets making it by no means the best smartphone in these price ranges.

We’ll give credit where its due and when it comes to the smartphone’s build, it’s what we’re used to seeing from Samsung. The device features an all plastic back panel that hasn’t got much to show for itself. Its dimensions are noteworthy, in a negative manner though, as the device commands an 8.9mm width while its weight banks in excess of 155g which can be counted as being under control. 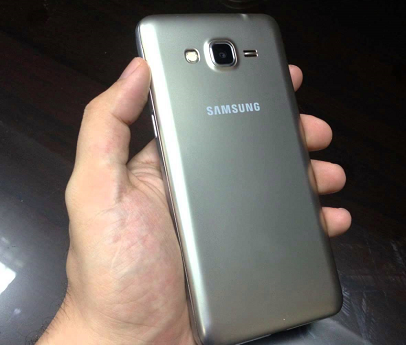 This is the Grand Prime Plus’s pressure point as the smartphone features a rather underwhelming display; the device features a 5.0 inches Super AMOLED capacitive touchscreen with 220ppi pixel density. This translates into a weak 540p resolution that, as history suggests, goes down just fine with the display size but it’ll definitely feel a tad stretched. Super AMOLEDs have always performed commendably, be it in broad daylight so don’t be shy to take the smartphone out for some off-roading. 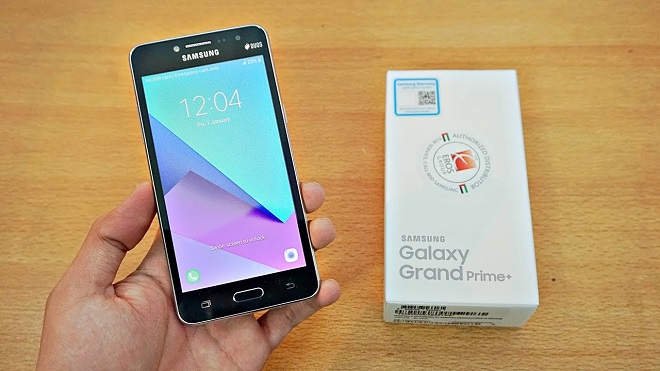 We’ve grown tired of singing praises for Samsung’s cameras because they’ve always performed commendably. The Grand Prime Plus features another nice set of cameras which are primed to take good care of your photo and video-graphy needs; the primary camera features an 8 megapixel sensor with a powerful LED flash and customary features that include geo-tagging, touch-focus, face detection and HDR.

We’ve seen many smartphones within these price brackets showcasing the knack of sacrificing their secondary sensors for the sake of price balancing. Fortunately, the smartphone features a 5 megapixel selfie sensor with a front facing LED flash that is very well facilitated to cater your requirements so don’t be shy, say cheese!

The Galaxy Grand Prime Plus is powered by a 1.4 GHz Quad-Core Cortex-A53 processor with an additional 2GB of RAM. Don’t lick your lips just yet as this amount of power might seem a-lot to you on paper but unfortunately, it lacks the necessary punch to smoothly run the built-in Android Marshmallow and to expect a budget smartphone to operate without lagging is bogus anyway. 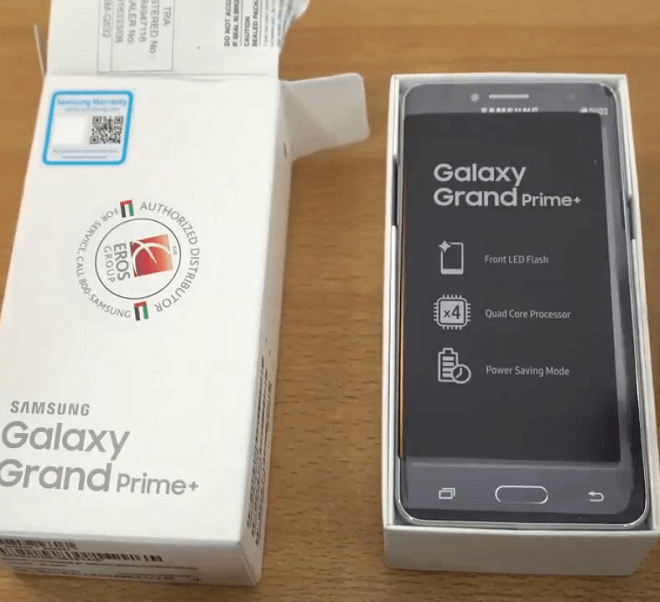 Putting that to one side, the smartphone’s internal storage banks at an excellent 32 gigs while an external memory card slot is ever ready to be called into action. Other than that, there really isn’t much to talk about apart from its relatively large 2600 mAh removable battery and three different color schemes. That explains how under-powered most Samsung budget smartphones really are.

If there’s another Samsung smartphone that could rival the Galaxy Prime Plus for the throne of the best Samsung budget phone, it’s the Galaxy J3 Pro. The smartphone packs all the necessary firepower to rival the former and for the sake of your enlightenment, both don’t really contain that much of a difference.

The Galaxy J3 Pro does outfox the Grand Prime Plus when it comes to the smartphones’ build quality and display; the former features an all metal build and superb dimensions that include an 8mm width and 139g weight while its display, despite featuring the same 5.0 inches Super AMOLED capacitive touchscreen, harbors more pixel density leading to a 720p resolution. 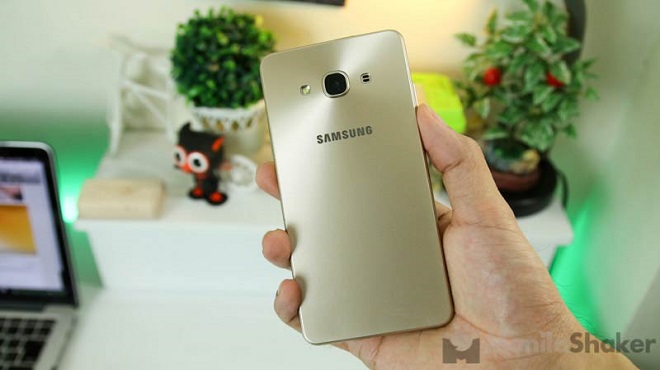 Other than that, the Grand Prime Plus takes charge of proceedings in all categories (apart from the cameras where both the smartphones again feature 8 megapixel primary and 5 megapixel selfie sensors). The J3 Pro features a smaller Quad-Core 1.2 GHz Cortex A-53 processor, lesser internal storage, similar amount of RAM at 2GB and a 2600 mAh removable battery that tipped the scales in favor of the Grand Prime Plus albeit by very fine margins.

So this article comes to an end not only pointing out the best Samsung smartphone under 20,000 rupees but also, it goes without saying how shabbily equipped most Samsung budget smartphones look when compared to similar QMobile, Infinix and Lenovo devices. We hope you agree with what we chose and any additions/subtractions are always welcome in the comments below.