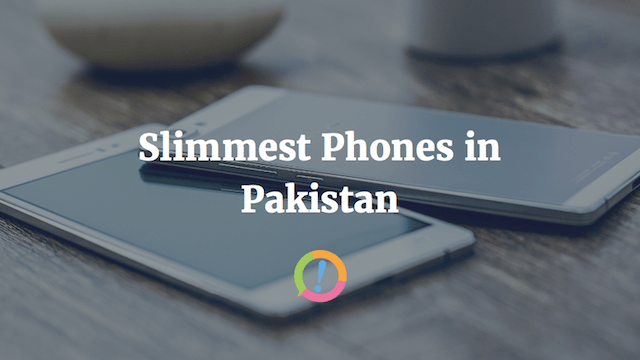 Remember the time when “cellphones” used to rule the world? We’re sure you do, as it was less than a decade ago that basic “cellphones” were the top-dogs in the cellular world. Snake and Bounce used to be the most talked after cellphone games and things such as 1.3 megapixel cameras or 10mm widths overawed us to the point of tearing our hair out. That no longer remains the story as cellphones are now very close to extinction…

But who brought them to this point? The answer is smartphones. Technically, they’re still cellphones, but the term has changed.

Technological advancements have led to previously unimaginable developments to enter the realms of possibility. One of the smartphone traits that is genuinely seeing improvements are its dimensions. Manufacturers are working tirelessly to stuff as much as they can in the most smallest of dimensions possible. This has led to the birth of the slimmest smartphones the world, including Pakistan, has ever seen.

This article is particularly written for those who take a keen interest in the waists of smartphones. Apart from hardware and performance, looks and aesthetics matter to a large extent which is why many people would prefer buying sleek smartphones rather than bulky ones. To aid you in this quest, these are the top 10 slimmest smartphones in Pakistan. Note that the slim category for us is below 7.5mm in width. 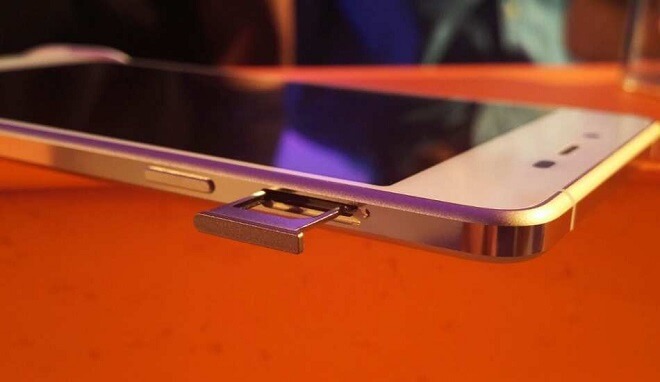 While we’ve previously been critical of QMobile for compromising performance and finesse in their devices to keep the prices down, we’ll give credit where its due. The Noir Z9 is one of the finest releases from the company particularly because it does two things very well that lay QMobile’s demons to rest; put a premium-looking finished product on the table and provide good performance, if not the best.

The Noir Z9 is probably one of the world’s slimmest smartphones. At 5.1mm width, it is extremely hard to imagine a smartphone more slimmer than this. The extremely sleek waist is further complemented beautifully by the aluminum and glass body finish making the device a true diva of a smartphone. 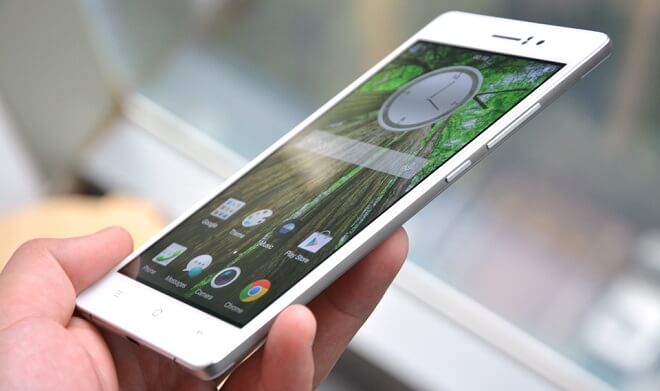 We were wrong when we previously mentioned that it is hard to imagine a smartphone even slimmer than the Noir Z9 as actually we’ve found one!

The Oppo R5 is even slimmer and compared to the Noir Z9, and a much better and pricier package. Though both the smartphones offer similar build quality, the R5 is a higher-end release which automatically makes it better specs wise.

The R5 has a 4.9mm waist which only betters the 5.1mm waist of the Noir Z9. These are such fine margins but there you have it, the R5 is slimmer and much more powerful. 13 megapixel primary camera, 2GB of RAM, 1080p HD resolution etc. are some goodies that come with it, to name a few. 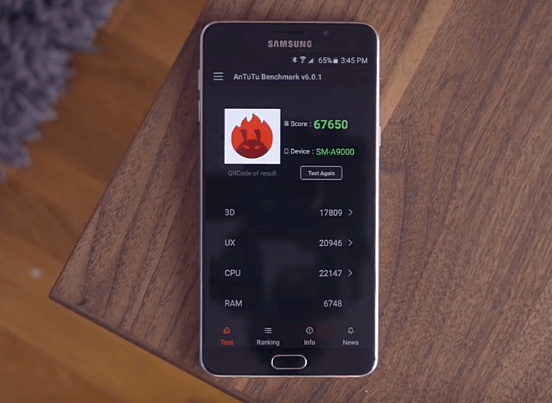 2016 has definitely been one of the best Samsung years to date. The Galaxy S7 and the recently released Note7 have definitely taken the flagship circle by storm but it hasn’t all been about flagships from Samsung. They’ve improved in all price brackets primarily due to the powerful increments made to the Galaxy J and A series. The Galaxy A9 2016 is one of these.

The smartphone is a power-packed model with extremely good specifications all packed within a 7.4mm width. Considering it has a gigantic 6.0 inch display, Octa-Core processor, fingerprint sensor among many other features, the 7.4mm is very good indeed! 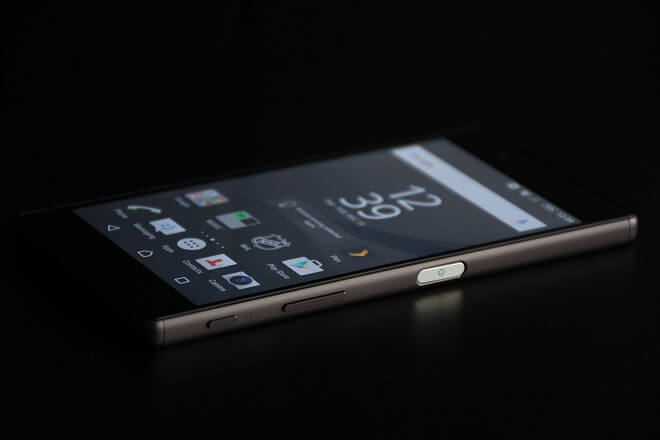 The Sony Xperia Z series has always been one of the divas of the smartphone world mostly because of their glossy finish and slender waists. Therefore, unsurprisingly Sony’s latest flagship in the form of the Xperia Z5 follows similar glamorous patterns.

The smartphone is filled with exciting features which include an enormous 23 megapixel primary camera, a 5.3 inch 1080p HD resolution display, 3GB of RAM and a wide range of colors which include green, white and gold. The dimensions are excellent and the smartphone is 7.3mm at its thickest which is pretty decent. 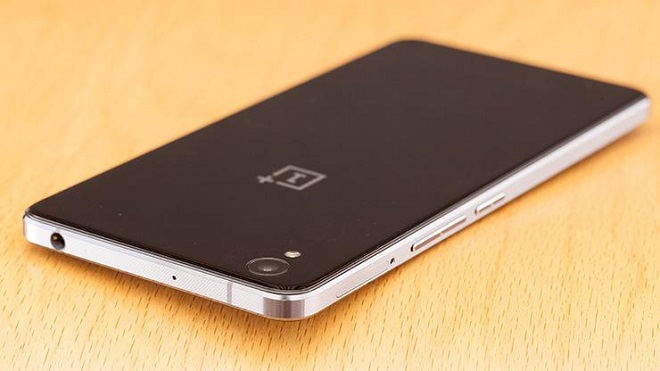 Don’t get fooled, this isn’t any of the Sony Xperia Z models! The OnePlus X has its fair share of similarities with Sony’s premium flagship series but its an entirely different piece of the jigsaw altogether. Featuring some stellar features in an arguably affordable price, the OnePlus X proved to be a genuine hit among the populous.

One of the main reasons for its massive success was down to its brilliant build and sleek waist. The 6.9mm width was commendably complimented by its all-round build-quality which made for a 10/10 smartphone. 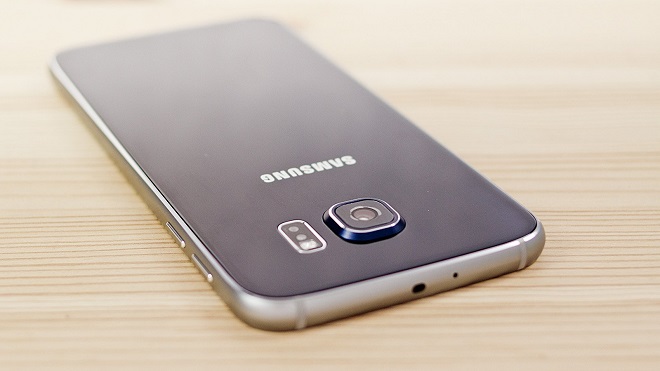 If there’s one smartphone that needs no introduction, it is the Samsung Galaxy S6. It can be said that Samsung was looking for nothing short of perfection when coming up with the Galaxy S6 as the smartphone echoes excellence from all corners.

While its bulging camera did receive some ear-bashing as it caused the smartphone to wobble when placed on a plain surface and its paint would gradually come off, the S6 has a chic 6.8mm width that looks even more commendable when you notice the sumptuous features hidden inside it. To name a few, this baby is equipped with one of the best displays in the industry that is capable of producing a 1440p resolution, one of the best primary cameras in the business among others. 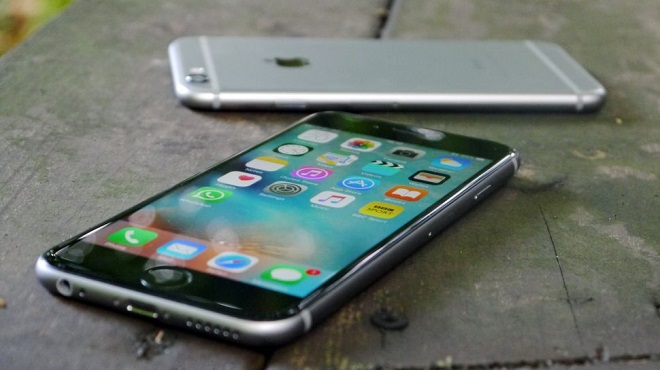 Ever since its inception, Apple has always given special attention to aesthetics. That is the reason why the Cupertino giants always produce the most aesthetically pleasing devices we’ve ever seen, though specifications wise they do get out-performed sometimes.

The Apple iPhone 6S was another prime example of Apple’s prowess when it comes to producing beautifully crafted smartphones. Skipping the antenna bands, the smartphone’s build quality was much more rigid compared to its predecessor due to the well-documented “bend-gate” fiasco and the 7.1mm width paid extreme dividends. While it was a little thicker than the iPhone 6, the reason for its slender growth in waist was 3D-Touch integration. Something had to give way to accommodate this revolutionary feature and kudos to Apple for sacrificing as low as 0.2mm width to make that possible. 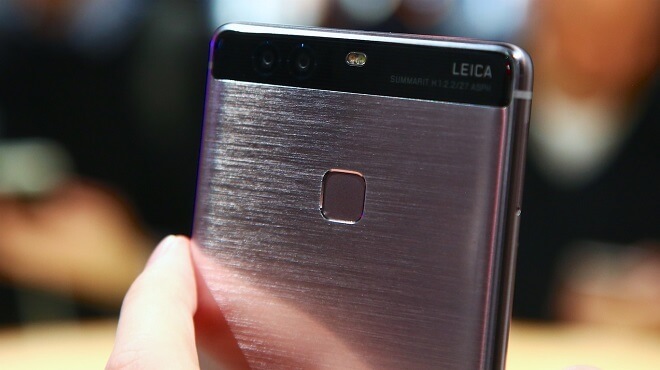 Huawei has done commendably when it comes to making a name for itself in the shortest of time spans. While originally it was more concerned with making an entry into the smartphone business through some cheap releases, it has indeed ditched that route and now gone for a more direct approach; Beast mode.

The P9 Plus definitely shows Huawei in beast mode as the smartphone combines some of the most deadly specifications ever to be assembled inside a Huawei device. While the P9 Plus’s crowning jewel is its dual-lens primary camera, we’d like to emphasize how beautifully crafted the smartphone is with a jaw-dropping metallic body that is only 7mm at its thickest. High-five to Huawei for coming up with this fantastic device. 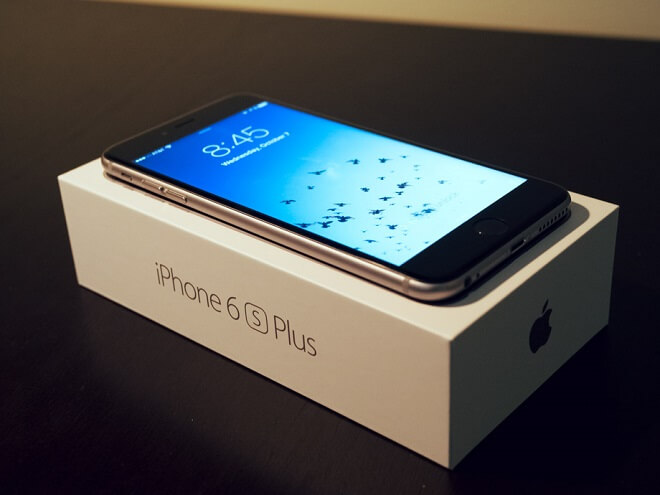 The iPhone 6S Plus is surely one of the best sleek smartphones from Apple. Other than the antenna bands which received widespread criticism, Apple finally decided to up its game with the iPhones and come up with something new; Enter iPhone 6S Plus.

The 6S Plus features some improvements over its smaller counterpart namely it packs more pixel density, has a much larger 5.5 inch display, its primary camera has optical image stabilization and its width increases a little further to 7.3mm. Other than that, its very much the same thing but according to some benchmark tests, due to housing a larger battery it also offers greater battery life compared to the iPhone 6S. 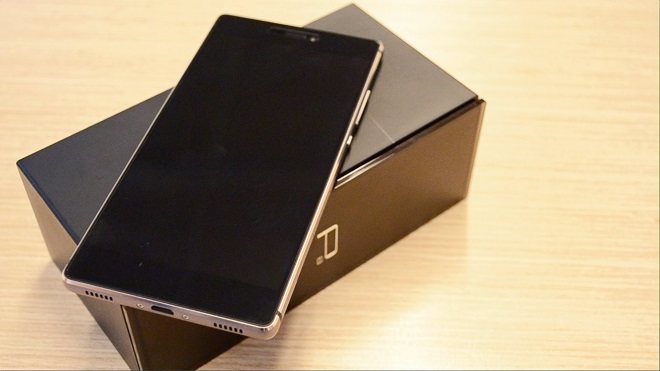 Another one of Huawei’s extraordinary devices, the P8 dual-SIM has reminded everyone what the company is all about. It has diligently carried on the torch of the P series’s sleek smartphones while on the other hand, simply not compromising on quality as well as quantity.

The P9 dual-SIM is duly equipped with some outstanding features which include a gorgeous 5.3 inch 1080p HD display, a 13 megapixel primary camera, an 8 megapixel selfie camera etc. all in all engulfed in a 6.4mm sleek body which is sure to make even Katrina Kaif jealous.

The Huawei P8 dual-SIM signals an end to our compilation of the top 10 slimmest smartphones in Pakistan as of 2016. These smartphones are without a doubt the most sleek smartphones present in the market to date. Some of the measurements were more than enough to bamboozle us as we never could’ve fashioned such slender waists in our wildest imagination.

Whichever smartphone you’ll go for among these 10 will surely give you the experience you’re looking for and in the end, it all comes down to a matter of personal taste. We’ve done our job in enlisting the best of the lot in our country at this very moment which means you’re job starts now; To pick the one that suits you.

Was the article helpful enough? Which smartphone made the cut for you? Do let us know your suggestions and opinions in the comments below.